A forum for discussion of Second Age UO Shard

Post your player run event here.
Forum rules
Please make the topic as descriptive and concise as possible. If your event has not been changed to sticky or announce and you would like it to be, please contact a staff member. Announced events, which show up on our main website Must include the event date in the topic title.
Post Reply
6 posts • Page 1 of 1

SYNOPSIS
The Russian Fishing Company (RFC) has completed a big MIB run and loaded up their boat with treasure. But one treasure chest is special.. It contains Lord British’s personal effects recently lost at sea! What royal riches does it contain?? Prepare for a high stakes sea adventure.. Enlist a friend, kill the crew and keep the treasure! 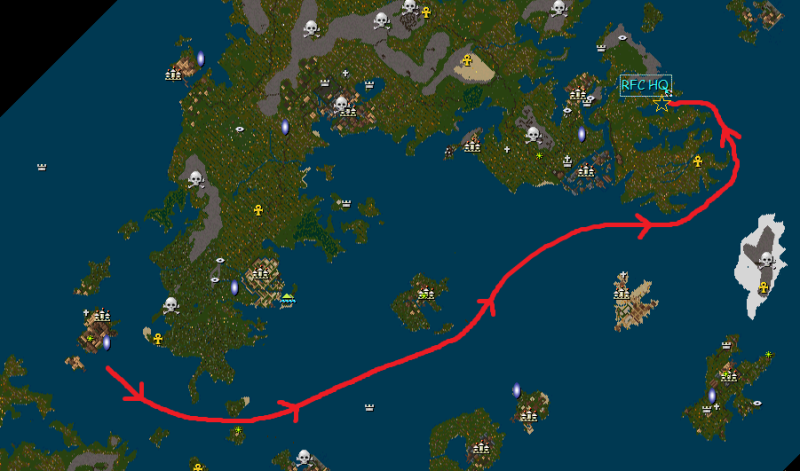 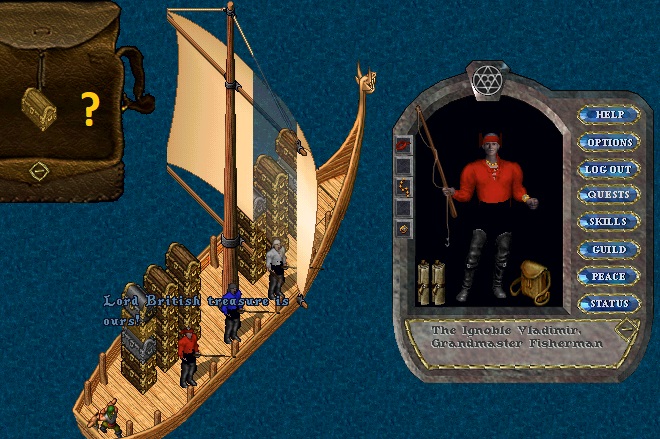 
NARRATIVE
After another long but satisfying day of purging the nearby forests of foul creatures, I sat down at the bar of my favorite tavern, The Horse’s Head. It had always been a welcome place for rest and conversation with the townsfolk.


A curious dialect caught my attention as I enjoyed the crisp, cold ale set before me. A group of strangers seated at a nearby table were speaking a little louder than they may have liked.


As I quietly turned my ear in their direction, the conversation confirmed what my nose had already perceived: the stench of salty fish wafting over from their table. Just another weathered fisherman crew. “Nothing worth listening to”, I said to myself as I signaled for another ale.


But just as I turned away, the word ‘treasure’ hung in the air just loud enough to catch my attention once more. These fishermen had apparently stumbled on more than just fish! Jhelom’s turbulent waters were widely feared even amongst experienced sailors. Many a vessel had disappeared into the depths carrying their valuable cargo along with them. Perhaps this crew had luckily discovered one such shipwreck!


The topic quickly shifted from a tale of fortuitous sailing to that of a more sinister objective. Sink Lord British’s ship?? What could these ragged fishermen possibly be talking about? “Clearly drunk on liquor and newfound riches”, I muttered under my breath. But as I took a swig of my brew, the dialect, the speak of treasure, the audacious plans.. It began to connect. This seemingly ordinary group of fishers was in fact the Russian Fishing Company!

Rumors of this crew had permeated the region. Some told of their simple life.. fishing, drinking (often too much) and the love of the wind at their backs. Yet others portrayed a darker side. These fishers had battled rival fishing groups and even the likes of the villainous Dread Pirate Bob. Everyone felt mostly uncomfortable staring down the bows of these seasoned fighters.


“I must seek an audience with Lord British”, I thought, “to warn him of the impending danger!” But as I finished paying the bartender, the Russian fishers stumbled toward the door. As I watched them leave, I noticed a parchment they left behind on the table. Upon closer look, it was a map of their route! Perhaps now indeed they could be stopped. I took the map and began the long journey to Britain.. 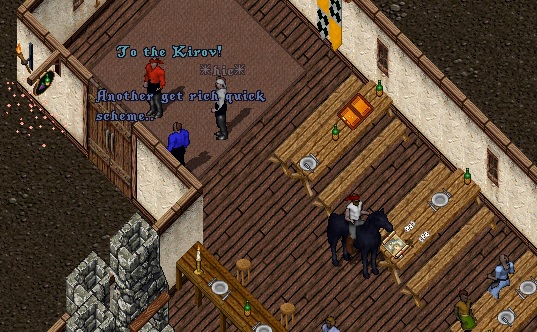 
See map above. Who will take on these Russian fishermen and retrieve the treasure??
Top

YAY great man!
BJV will be there, hopefully

TY for putting this together.
Top

Will UOSA place sanctions on RFC if they invade Moonglow?
[quote="Downs"]All the cool kids saw your wizard tears. [/quote]

Huge huge huge props to you friend!
Congratulation to the winning crew of Rt$.

Here you can find a summary of the event in the BJV page.

Congrats to the winning crew! Oderous Urungus, Caesar, Vlad Dracula, Aequitas, Evangeline and more that I couldn’t count! They fought with extreme ferocity and staved off Russian victory just outside Jhelom waters. The ultimate demise was the RFC crew running into the random gold stack from a slain water elemental. Once pinned down the battle was quickly won!

The spoils of the event included:

Ultimate prize
Being the winner of the TREASURE BOAT EVENT!! Thanks for being a part of it everyone!
Top
Post Reply
Jump to